The Big Reset: War on Gold and the Financial Endgame

A system reset is imminent. Probably even before 2020, the world’s financial system will need to find a different anchor. The dollar has been at the center of the monetary system since the Second World War, but decades of money printing have caused a gradual but relentless dollar devaluation. In a desperate attempt to maintain this dollar system, the United States has waged a secret war on gold since the 1960s. China and Russia have pierced through the American smokescreen around gold and the dollar and are no longer willing to continue lending to the United States. Both countries have been accumulating enormous amounts of gold, positioning themselves for the next phase of the global financial system.

There are only two options: a financial reset planned well in advance, or a hastily implemented one on the back of a dollar crisis. The United States, realizing the dollar will lose its prominent role, seems to be planning a monetary reset that will surprise many. It will be designed to keep the United States in the driving seat, but will include strong roles for the Euro and China’s Renminbi. And it is likely gold will be reintroduced as one of the pillars of this next phase of the global financial system. Insiders claim gold could be revalued up to $7,000 per troy ounce during this process.

-Why would the Elite allow the system to change?

-Is it possible for currencies which have little to no value, such as the Iraqi dinar and the Vietnamese dong,to be revalued in the new system?

-Where the IMF fits into the game

-Revaluing gold: How high could it go?

-The move toward FDRs 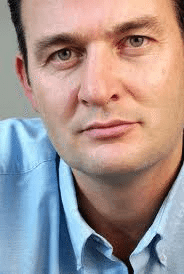 'Willem Middelkoop – The Big Reset: War on Gold and the Financial Endgame – March 6, 2014' have 2 comments

Dr. Richard Massey, MD – Freedom from Judgements is Your ticket to Freedom – April 19, 2021