Author of Finding Family: My Search for Roots and the Secrets in My DNA

Have you ever wondered about your true relationship to the family that raised you? Do you suspect there are some family secrets? Millions of adults were adopted as infants…and many of them do not know anything about their original parents.

You may want to know more about your ethnic background and your ancestors. Would you be surprised to find out the real mix of European, Asian, and African ancestry? Would you want to know if there was a Native American or Ashkenazi Jewish ancestor in your bloodline?

Your genetic health may be vitally important as you can inherit and develop hereditary illnesses. If you get married, there is also a genetic risk that you may pass certain health problems on to your children.

Richard Hill author of the book Finding Family: My Search for Roots and the Secrets in My DNA, explains what the newest breakthroughs in DNA testing mean to people who want to gain from the knowledge of their family origins. 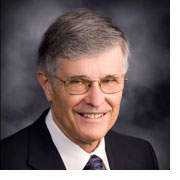 At 18 years old, Richard Hill accidentally discovered a deeply hidden family secret: he was adopted. Many years later, he was startled to learn that he had a brother out there somewhere. What then began as a search for his mother and brother evolved into a decades-long search for his biological father.

Blocked by sealed records, lies, and cover-ups, Richard eventually turned to a series of new DNA tests designed for genealogists. His groundbreaking use of this new science revealed his birth father’s last name and—more recently—helped him prove which of five deceased brothers had been his biological father.

Richard has made it his personal mission to share what he learned with other adoptees and genealogists. He does that through this web site, DNA-Testing-Adviser.com, speaking engagements, and now through the book that tells his entire story.

'Richard Hill – How DNA Testing is Revolutionizing the Search for Family Roots, Ethnic Ancestry, and Genetic Health Information – February 21, 2013' has no comments