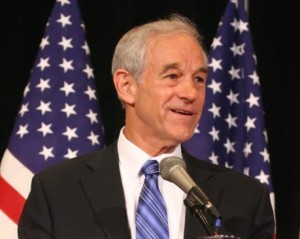 Congressman Ron Paul has re-introduced The Parental Consent Act , A bill which prohibits federal funds from being used to establish or implement any universal or mandatory mental health, psychiatric, or socioemotional screening program.

“Many children have suffered harmful side effects from using psychotropic drugs. Some of the possible side effects include mania, violence, dependence and weight gain. Yet, parents are already being threatened with child abuse charges if they resist efforts to drug their children. Imagine how much easier it will be to drug children against their parents’ wishes if a federally-funded mental-health screener makes the recommendation.” – RON PAUL

Sign the petition in support of the Parental Consent Act here: http://www.petitiononline.com/rppca/petition.html

Bill information: The Parental Consent Act 2011 (H.R. 2769 – previously H.R. 2218 in 2009) Prohibits federal education funds from being used to pay any local educational agency or other instrument of government that uses the refusal of a parent or legal guardian to provide consent to mental health screening as the basis of a charge of child abuse, child neglect, medical neglect, or education neglect until the agency or instrument demonstrates that it is no longer using such refusal as a basis of such charge.

Madam Speaker, I rise to introduce the Parental Consent Act. This bill forbids Federal funds from being used for any universal or mandatory mental-health screening of students without the express, written, voluntary, informed consent of their parents or legal guardians. This bill protects the fundamental right of parents to direct and control the upbringing and education of their children.

Already, too many children are suffering from being prescribed psychotropic drugs for nothing more than children’s typical rambunctious behavior. According to Medco Health Solutions, more than 2.2 million children are receiving more than one psychotropic drug at one time. In fact, according to Medico Trends, in 2003, total spending on psychiatric drugs for children exceeded spending on antibiotics or asthma medication.

Many children have suffered harmful side effects from using psychotropic drugs. Some of the possible side effects include mania, violence, dependence, and weight gain. Yet, parents are already being threatened with child abuse charges if they resist efforts to drug their children. Imagine how much easier it will be to drug children against their parents’ wishes if a federally-funded mental-health screener makes the recommendation.

Universal or mandatory mental-health screening could also provide a justification for stigmatizing children from families that support traditional values. Even the authors of mental-health diagnosis manuals admit that mental-health diagnoses are subjective and based on social constructions. Therefore, it is all too easy for a psychiatrist to label a person’s disagreement with the psychiatrist’s political beliefs a mental disorder. For example, a federally-funded school violence prevention program lists “intolerance” as a mental problem that may lead to school violence. Because “intolerance” is often a code word for believing in traditional values, children who share their parents’ values could be labeled as having mental problems and a risk of causing violence. If the mandatory mental-health screening program applies to adults, everyone who believes in traditional values could have his or her beliefs stigmatized as a sign of a mental disorder. Taxpayer dollars should not support programs that may label those who adhere to traditional values as having a “mental disorder.”

Madam Speaker, universal or mandatory mental-health screening threatens to undermine parents’ right to raise their children as the parents see fit. Forced mental-health screening could also endanger the health of children by leading to more children being improperly placed on psychotropic drugs, such as Ritalin, or stigmatized as “mentally ill” or a risk of causing violence because they adhere to traditional values. Congress has a responsibility to the nation’s parents and children to stop this from happening. I, therefore, urge my colleagues to cosponsor the Parental Consent Act.