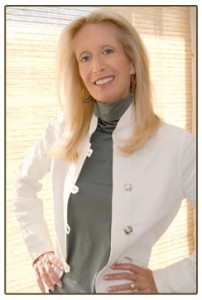 Growing up with a mother who nursed two sick husbands, I had vowed to marry for health. Not that I didn’t admire my mother’s devotion, but I had seen entirely too much dropping dead on the part of men and was looking for a guy who’d stick around. What I’m saying is that the very last thing I wanted in a mate was a medical flaw. I would rather have married a crocodile.

But we love whom we love, and I loved Michael who, despite appearing symptom-free early in our courtship, suffered from Crohn’s, an autoimmune disease of the GI tract whose trademarks include — wait for it — abdominal pain, vomiting, intestinal blockage, osteoporosis, neuropathy, skin rashes, clubbing of the fingers and enough kidney stones to gravel a driveway.

Still, he was seemingly the picture of health on the day we were married, and when I said, “I do” to the “in sickness and in health” part, I had the absurd notion that my love would conquer all, even Crohn’s. It was during one of his many trips to the ER after our wedding (so much for his remission) when a woman sitting next to me in the waiting room leaned over and said with a weary sigh, “Welcome to Caregiverville, honey.”

Over the next 20 years, Michael would require dozens of surgeries and procedures and I’d try to be his stalwart helpmate. In the beginning, I was a washout in the caregiver department, wildly overreacting whenever there was an emergency, resenting Michael for depriving me of the kind of social life I was sure other couples enjoyed, refusing to recognize that I couldn’t “fix” him. My denial did neither of us any good, so I started to dream a new dream, to accept and adapt. I even started taking notes about Caregiverville because, as Nora Ephron famously said, “everything is material; someday you will think this is funny.” Not that being a caregiver is a laugh riot. But when there are moments of levity, you either seize them or go mad.

I figured we all needed a survival guide — the sort of cheerful companion I wish I’d had when I was feeling bewildered and alone and sorry for myself — so I turned my notes into a book of personal observations and advice, whether you’re caring for a child with autism or a parent with Alzheimer’s. Like these:

•”Nagging Wives Save Lives.” You know how men are incapable of asking for directions? They’re also incapable of admitting when they’re sick. Michael could be bleeding from his eyeballs and he’d tell me he’s fine. I interviewed Ilene Brenner, an ER doctor, who said, “I have a hard and fast rule about men: never let them come to the ER unaccompanied by a sister, a girlfriend, a wife or a mother, because they downplay everything. One man came in with an allergic reaction. I said, ‘Have you ever had an allergic reaction before?’ ‘No.’ ‘Anything where your throat closed up or you had itchy welts?’ ‘Never.’ ‘You’re sure?’ ‘Positive.’ An hour later, his mother showed up and said, ‘He was in another hospital a week ago for the same thing.'”

•”Box the Doc.” Many doctors are too busy or socially inept to answer a caregiver’s questions. They have a knack for avoidance, appearing in your loved one’s hospital room at the crack of dawn, while you’re at home groggy and unsuspecting. Even if you’re clever enough to time your visit to coincide with theirs, they bolt within seconds, as if they’d sooner tranquilize you than talk to you. You can try jotting down a list of questions in advance or suggest a private meeting. But I developed another way of making them answer my questions: I box them in. Here’s how to do it. The minute they enter the room, you rise up out of that visitor’s chair, move stealthily behind them, plant your feet in the threshold and block the door. They’d have to barrel you over in order to escape and they won’t. So box them in and then fire away.

•”Be a Crybaby.” There are times when you need a good cry because nothing else will do. The trick is to cry when your caregivee won’t notice — like while you’re in the shower or chopping onions. My preferred spot is my car. I sit there and sob my guts out for 20 minutes max, letting myself think all sorts of poor-Michael/poor-me thoughts, which are inevitably followed by the realization that I can feel sad but won’t disintegrate, that I can process bad news and live with it, that I’m capable of dealing with the challenges ahead. I don’t love the puffy, red eyes that come with crying or the blotchy complexion, but when my little jag is over I feel empowered, truly I do.

The point of all this is that while no caregiver in his or her right mind doesn’t wish a loved one were healthy, being in service to them, being willing to move mountains for them, allows us to discover that we can handle just about anything. Which is huge. It really is.