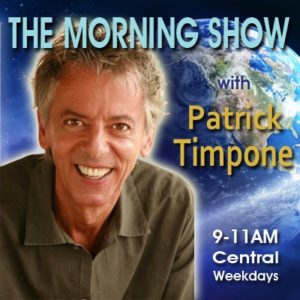 -Low dose lithium to prevent Alzheimers? Dr. Wright says it’s possible and a listener writes in to tell us he is trying it and loves it just after one dose

-The wonders of HCG: Patrick talks about a study done on rats with severed spines and how several of the spines grew back after using HCG

-Atom Bergstrom writes in on GMO potatoes: The new GMO potatoes damage the stomach and intestines of rats. Maybe Doug and Mel think that what’s bad for rats must be good for humans. PS: The lectins enhanced in the GMO potato are the chemicals avoided in the Peter D’Adamo Blood Type diet.

-From a listener: The History channel has a serious about the men who made America. J.D. Rockefeller sold lamp oil before the days of Edison, and Tesla, Old J.D. has been trying to burn down the house since we was born. Turpentine is pinch pitch, sulfur. Kerosene is refinded crude oil and jet fuel.

-Would body brushing be a good idea before using the far infrared sauna?

-Robert calls in for a nice conversation on a plethora of ideas. He then asks Patrick want he think of the 23 and Me tests

-Atom Bergstrom writes in about sleep:

“We know quite a lot about Winston Churchill ‘s sleeping habits. As a wartime PM, his daily routine was watched closely by his assistants. Churchill could work his ministers to exhaustion by staying up late, but he would also routinely take a solid 1-2 hour nap in the afternoon. As such, he was a classical biphasic sleeper. At his house at Chartwell, his routine was quite regular. He would wake at 8, spend the morning in bed reading papers, dictating letters, etc., take a long nap at tea time, and work till as late as 3 am. He averaged 5-6 hours of sleep per day. Those words are attributed to Churchill himself: “You must sleep sometime between lunch and dinner, and no halfway measures. Take off your clothes and get into bed. That’s what I always do. Don’t think you will be doing less work because you sleep during the day. That’s a foolish notion held by people who have no imaginations. You will be able to accomplish more. You get two days in one — well, at least one and a half” (source). Churchill’s well-drilled biphasic habits made him one of the most energetic wartime leaders. On a humorous note, F. D. Roosevelt’s aides noted that after a Churchill’s visit, the US president was so exhausted that he needed 10 hours of sleep for 3 days straight to recover.”

-Patrick, the sulfur man , calls in to talk about fueling cars with compressed air and going back to a steam driven economy

open phone friday with you and patrick, november 14, 2014, hour one
https://soundcloud.com/oneradionetwork/111414_open_phones_patrick_one