You and Patrick Timpone 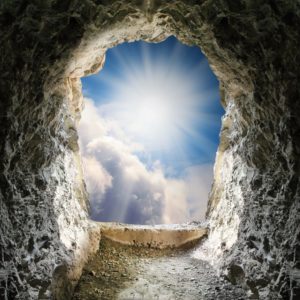 Light at end of the tunnel. Hope metaphor.

Patrick gives his experiences, insights on the workings of dreams, the who why and where of what we call “Dreams” in hour one and two.

-Dan, homeless in North Dakota, calls in about burning through his karma and wanting to get his life together again.

-George calls in to talk about his personal experience with the shortcomings of the TSH test.  Free T3 was the key test to diagnose him hypothyroid.  Kefir normalized his 25 y.o. daughter’s colitis after a doctor suggested pre-emptive colon surgery.   Cookie-cutter standardized medicine left him with “cadaver hands”.   Absence of  cardiovascular disease when thyroid is normalized.

-Atom says, before World War II, the Basal Metabolic Rate test showed 35% of the population had a low thyroid.  After World War II, it was dropped for the PBI (protein-bound iodine) blood test.  It shows 5% has low thyroid.  It  misses 30% of the population.  You can live without a pituitary gland, but not without a thyroid.  Which gland is the Master Gland, and which is the Servant Gland?

-A fact is something to face, but not for long.

-Dream work is getting things back in balance.  Divine spirit is what runs the show.  The more you can trust it, the more it trusts you, and then the trust continues to deepen.

-Atom says pre-World War II docs cured arthritis with Armour Thyroid.  There’s no arthritis when you have a snappy thyroid and a happy liver (the distributor of T1, T2, T3, and T4).  The thyroid is the manufacturing plant, and the liver is the trucking company.

-Rubbing the thumb and forefinger together, doing paida lajing, and slapping the thyroid for thyroid health.

-“Be like a flower and turn your face to the sun.”  Kahil Gibran

-Nebraska Nancy asks about taking bioidentical hormones.  Her doctor recommended Dr. Jonathan Wright’s book.  Atom recommends eating blended oranges just before bedtime and at 9-11 am solar time for thyroid health.  Ease tensions with a spouse by loving and agreeing with them 100% of the time, in both the inner and outer world.

-Attitude and gratefulness about food are the most important thing.  Get the best you can afford and let it go at that.

-Jeff wants to wear a ORN t-shirt to the farmer’s market.   Gets two free ORN t-shirts as a first time caller.  Talked about lies of the drug war.

-D says Nancy could ask Jennifer Daniels.  Cholesterol is needed as a precursor for hormones.  Sweet potato juice for progesterone, plus eating them.

-Atom says Vibrant Gal bakes our organic potatoes without skins, but there’s nothing “wrong” with organic potato skins.  He’s still eating the potato protein minus its carbs — for the last month or so.  “We’re Potato Monsters too.”

-John thought Paul Gautchi was amazing.  Everything set up to grow naturally, with minimal work.  Challenges and successes of growing in rocky soil.  Working on his psoriasis – thinks it a combination of  dietary, topical elements, and attitude.  Likes Dr. John Pagono’s work on psoriasis.  Channeling mechanical energy downward to heal heartburn, also slapping.  Looking for advice on Lyme Disease, but what is Lyme Disease really?

-Atom says medical nemesis was created to make us question our Inner Vision.  The World Sausage Factor needs technicians and consumers, not Free Men and Women.  “God don’t work for nobody, and neither should you,” according to Adano Ley.

-All mainstream media are controlled by the globalists.  They love free trade, open borders, insurance, Monsanto, Big Pharma.  6 corporations control 90% of the media.  They want President Trump out; he’s a thorn in their side.  Patrick has concern about Trump’s flaming the war stuff though.

-But, what people think of me is none of my business.

-Media said President Trump wants to increase US nuclear arms by tenfold.  One day later it comes out the story is fake news.  He didn’t say we need more nukes; he said we need to make sure they’re in good order.

Open Phone Friday with You and Patrick, October 13, 2017, HOUR THREE