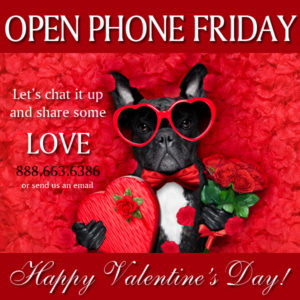 -Is tofu really bad for you? We talk about the Seventh Day Adventists who live in a ‘blue zone’ in CA. They consume a lot of tofu. Atom Bergstrom adds, “I ate hundreds of cans filled with Seventh Day Adventist soy- and gluten-based fake hot dogs, sausages, and hamburger patties throughout the 1960s …

… and I’m still alive and thriving to tell the story.” Their Loma Linda and Worthington brands have been selling “meat analogue” products since 1933. Atlantic Natural Foods now owns both brand names.

-More from Atom on soy: One of the reasons soy was introduced into the U.S. in 1888 was to turn red winter wheat into white wheat by destroying the beta-carotene in it. In the 1930s, scientists wondered if soy destroyed fish-based vitamin A too. Yes, it does, according to a 1937 issue of Scientific American magazine. Is that “good” or “bad”? When a real science is invented that is not just a religious cult, we’ll know for sure. The Seventh Day Adventists have been eating soy and gluten till they come out their ears, so these long-lived people believe in a higher “science.” Ever New Diamond Body Lifestyles !!!!! Happy Valentine’s Day !!!!!

-Did you catch Dr. Richard Olree’s show this week on minerals? It’s really excellent; one of the best interviews we’ve had on minerals

-A tidbit from Atom Bergstrom: Yes, Earth’s early atmosphere was definitely higher in hydrogen. Methane (one atom of carbon & four atoms of hydrogen) stole it out of the lower atmosphere, storing it in the upper atmosphere (mostly in the troposphere and some in the stratosphere). This was millions of years before Al Gore invented global warming.

-The emotional causes of cancer; the work of Dr. Hamer is pretty amazing

Open Phones and email Friday with You, Doodle and Patrick, February 14, 2020 ONE

Open Phones and email Friday with You, Doodle and Patrick, February 14, 2020 TWO

'Open Phone Friday – What Really Runs Everything Is Love – February 14, 2020' has no comments