A short interview was held with the other scheduled guest, Guido Giacomo Preparata, but was cut short because he was in a noisy environment.  He also will be rescheduled.

Patrick talks with listeners and ponders emailed questions from the audience, taking a look at the latest news, and having a lot of fun.

-Is a coup d’etat going on in the US?

-Listener faults President Trump for not explaining and defending his position that both sides were at fault in Charlottesville.

-Suzy is dismayed at the components Dr. Ellie uses in her protocol.  Patrick will be following Dr. Ellie’s protocol until he repeats the OralDNA test after 12 weeks.

With the term Nazism being bandied about we thought a good time to explore same.

Our guest is the author of many books, including:

Conjuring Hitler:  How Britain and America Made The Third Reich 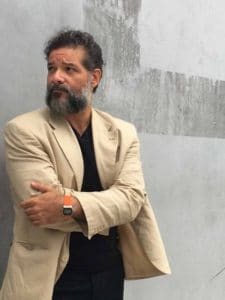 Born in Boston, Massachusetts, October 25th, 1968, I was raised in the United States, France, and Italy. I have obtained a B.S. in economics at the Libera Università Internazionale degli Studi Sociali (LUISS, Rome, Italy), a Master’s degree in Economics and a PhD in Political Economy at the University of Southern California (Los Angeles, USA), and an Mphil in Criminology at the University of Cambridge (UK). Further graduate and undergraduate coursework in financial history, applied mathematics, economic theory, and international economics was completed at Stanford University, the University of California, Los Angeles (UCLA), the California Institute of Technology (Caltech), and the London School of Economics (LSE).

-How does the allegation of Trump being a Nazi tie in with Nazi history?

-They’re played a scripted game and we’re just watching a new version of the cold war.  How serious are they in shedding blood?  A lot has been shed in Syria already.

-How can the little, poor country of North Korea, which can’t even feed itself, afford the most expensive arsenal of nuclear weapons?  Who is feeding the personage of Kim Jong-Un?  What’s going on now is all absurd.

-Great Britain is still the mistress of the world.  Strategists of the British Empire saw the rise of Germany as the greatest menace there could be.  If they turned east and allied with the Russians, that would be the end to Great Britain.  Had 50 years to war to eliminate the German threat.

-Germany wasn’t the good guys.  But if we want to live in peace, we have to dismantle the myths.

-He doesn’t agree that the money powers are part of the forces driving the game.   They are very important, but the strategic direction is always and exclusively political class.  The political class decides what is to be done and the economic powers fall in line to assist.  IMF and Bank of England are auxilliary.

-Who controls the US generals that advise President Trump?  See the movie “The War Machine”, starring Brad Pitt, about Afghanistan.  The generals aren’t in charge, the political structure of the war machine is.

-Afghanistan is the center of the world.  Is why the foreign powers want to be there.

-With opiates, pharma is doing what is needed.  Targeting rural areas and poor, excluded people, including Native Americans.  Drugs are channeled to where they want to wipe out people.  We are regressing to an Insect Society model.  They want to destroy the familial self and create a breeding system more like an ant hives.  Change us to sexually interchangable breeders and workers.

-How to be free in an unfree world?  Organize peacefully at the grassroots level.  Take our money back.  Launch local businesses.  Regain autonomy.

-European Commission wants to oversee seeds, limit orchards.  Europe is not as clean regarding GMOs as we think it is.  But biodynamic industries are a lively industry and are strong in Switzerland.

-The only thing Italy has left is its food.

-Massive redeployment of American forces along old fault lines of cold war around Russia.  Eastern Europe being deployed against Russia.

-Is this all made up?  Was Charlottesville all scripted ahead of time?

-Disengage from the political drama.

-Guido was in a noisy environment so the interview was cut short.  Look for a rescheduled show.