Our scheduled guest, Carolyn Bormann was cut off from phone and skype connections this morning, repairing lines from recent snowfall.

So, we had an impromptu chat with you about life, love and such.

Carolyn will be with us Tuesday morning ; as our Tuesday guest on vaccines has the flu and fever.  Funny, how these things seem to work themselves out in the wash..isn’t it? 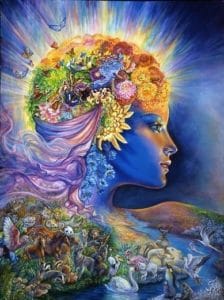 Patrick talks about Face Book and how positive uplifting posts get little attention while past posts of politics and controversy had lots of action.

One Radio Network for the most part has let go of political theater stuff, as we feel it is a distraction from what is real in the World

Once you truly get that everyone you think of…positively or negatively..is known to them – the karma game changes.

A listener asks about cataracts and we talked about castor oil and Dr. Daniel’s ideas on Vicks..and Steve sent this along

For the reader concerned with cataracts, consider increasing whole food selenium.  I’ve included details about that and other nutritional strategies to prevent and reverse cataracts in these notes – http://tiny.cc/cataracts

One of the many benefits of whole food selenium is sharper vision; I don’t have cataracts but have noticed improved eyesight since i’ve increased my selenium intake.

Thanks so much Steve…good work, Sir.