Author of Beyond Zero and One

Can we build a robot that trips on acid? This is not a frivolous question, according to neuroscientist Andrew Smart. If we can’t, he argues, we haven’t really created artificial intelligence.

In an exposition reminiscent of crossover works such as Gödel, Escher, Bach and Fermat’s Last Theorem, Andrew Smart weaves together Mangarevan binary numbers, the discovery of LSD, Leibniz, computer programming, and much more to connect the vast but largely forgotten world of psychedelic research with the resurgent field of AI and the attempt to build conscious robots. A book that draws on the history of mathematics, philosophy, and digital technology, Beyond Zero and One challenges fundamental assumptions underlying artificial intelligence. Is the human brain based on computation? Can information alone explain human consciousness and intelligence? Smart convincingly makes the case that true intelligence, and artificial intelligence, requires an appreciation of what is beyond the computational. 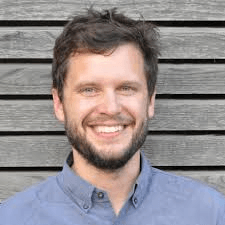 -Could a machine ever become conscious or sentient?

-Can we build machines that are actually smarter than we? Can they be smarter without being sentient?

-Patrick asks Andrew where new ideas come from? Andrew explains what’s happening in your brain when you’re idle and resting

-Where does consciousness come from? Andrew thinks it’s generated by the brain

-Where do psychedelic substances fit into consciousness?

-The dangers of creating artificial intelligence; could it turn against humanity one day?

'Andrew Smart – Machines, Psychedelics, and Consciousness: Can We Build A Robot That Trips on Acid? – November 10, 2015' have 2 comments