Does time exist as anything other than an illusion?

Julian Barbour is a British physicist with research interests in quantum gravity and the history of science.

His 1999 book The End of Time advances timeless physics: the controversial view that time, as we perceive it, does not exist as anything other than an illusion, and that a number of problems in physical theory arise from assuming that it does exist. He argues that we have no evidence of the past other than our memory of it, and no evidence of the future other than our belief in it. “Change merely creates an illusion of time, with each individual moment existing in its own right, complete and whole.” He calls these moments “Nows”. It is all an illusion: there is no motion and no change. He argues that the illusion of time is what we interpret through what he calls “time capsules”, which are “any fixed pattern that creates or encodes the appearance of motion, change or history”.

Barbour’s theory goes further in scepticism than the block universe theory, since it denies not only the passage of time, but the existence of an external dimension of time. Physics orders “Nows” by their inherent similarity to each other. That ordering is what we conventionally call a time ordering, but does not come about from “Nows” occurring at specific times, since they do not occur, nor does it come about from their existing unchangingly along the time axis of a block universe, but it is rather derived from their actual content. (Read more from Wikipedia) 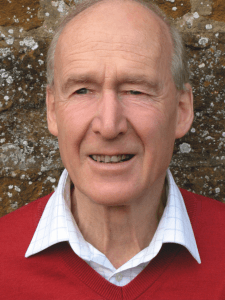 julian barbour and the illusion of time, december 1, 2015

'Julian Barbour, Ph.D – Does Time Exist As Anything Other Than An Illusion? – December 1, 2015' have 6 comments