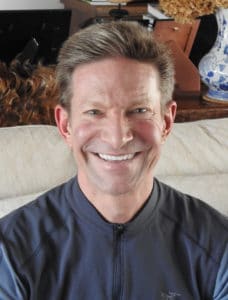 What happens when a typical, upper-middle-class man from a respectable American family becomes the target of a covert organization bent on controlling both mind and body? When that secret organization is armed with high-tech weaponry which includes microchip technology aimed at controlling the minds and actions of its victims, terror reigns. In this chilling, true-life account, writer Michael Fitzhugh Bell is drugged, abducted, raped, and surgically implanted with microchips. Tracked and tortured, Michael’s predators can even read his thoughts. In this battle of man versus technology turned against us, Michael must prove his case to the police before his attackers not only eliminate Michael’s memory-but eliminate Michael. From the terror of being electronically stalked to the horror of surgical microchip implants and mind control, Michael Fitzhugh Bell’s experiences as a victim will leave you shocked and amazed. His uphill battle with doctors, lawyers, police, Government, F.B.I., C.I.A., and a secret criminal underworld begins in Hollywood, races into and through the North Carolina backwoods, and then back to California. As you experience Michael’s journey on each horrific page, you will see actual medical photos, X-rays, ultrasound and MRI images, all showing non-therapeutic tracking and torture devices. These instruments and tools are available to anyone on the Internet, including criminal organizations like those which targeted Michael Bell. His battle for survival continues today. Are you prepared?

-Michael claims to have been abducted 6 times from his apartment, drugged, and surgically implanted with numerous nano devices. Still ongoing abductions. Also many other targeted victims – about 1% of the population, but most victims are unaware and “nobodies” without a voice.

-He says that police and doctors don’t believe the victim. Michael has x-ray and MRI proof, but pre-influenced surgeons won’t remove implants. Doctors and scan centers are told that the victim is a threat and needs to be under surveillance.

-Had one implant from his jaw surgically removed. Doctor wouldn’t allow him to keep it. Devices are classified technology with seemingly magical capabilities.

-Experimentation program is a collusion between criminal elements, government agencies, and the medical establishment.

-Electronic harassment from implants cause electronic sleep deprivation. Causes artificial dreams, interferes with REM sleep. Mind-control attempts. Now has compulsion to look at the clock at the hour and half-hour.

-An ex-CIA agent confirmed everything in Michael’s book.

-Devices can track, monitor, and harass victims from a distance. Enable mind to machine communication. Can brain decode in real time and influence the victim.

-The technology written about in Orwell’s “1984” has already been surpassed.

-Alien abduction stories – are they really a cover for these biomedical implant procedures?

-His book shows where to find the covert implant scars. Has received confirming feedback from many other victims.

michael bell and his story of unwanted microchip implants, march 9, 2016

'Michael Fitzhugh Bell – Author of The Invisible Crime: Illegal Microchip Implants and Microwave Technology and Their Use Against Humanity – March 9, 2017' have 3 comments