Not only Blockchain explained, but solid insights on the inner workings, security and vision of Bit Coin

Professor George Giaglis who holds a Ph.D. from Brunel University (London), is involved with Blockchain since 2011, and he is one of the pioneers in the field. He is the scientific coordinator of the world’s first Massive open online course on crypto-currencies and the first academic degree on blockchains (MSc in Digital Currency, University of Nicosia). 20,000 students from 85 different countries have participated in the program so far, and it is a huge success. So far, Giaglis has published more than 130 articles in leading journals and international conferences.

Giaglis has received thousands of requests to join ICOs over the years but has rejected them all. Recently, he surprisingly accepted to enter a new sport’s venture. The venture that had won the professor’s attention is SportCo, which possesses sports fans community platforms (websites, apps, social media channels). SportCo announced a significant change in the way sports fans will play a role in the future of sports media – Blockchain-based algorithm would measure their readers’ involvement and reward them for any action they perform on the site.

Using Blockchain, SportCo will take future of media consumption to the next step and will have its inner-economy for its readership. In the upcoming weeks, the media is expected to launch a token that will serve as a utility, both for rewarding and purchasing products that are relevant to sports fans such as game tickets and sports accessories.

Professor Giaglis who act as the lead advisor to the project: “I receive numerous requests to advise ICOs, but, frankly, I do not see a genuine need for a blockchain-based token in most of them. In this respect, SportCo is very different: the need for a utility token among the global community of sports fans is real and will allow building an ecosystem where users are awarded for their contribution and can utilize their rewards within the same community. This is what a token – and an ICO – should really be about.” 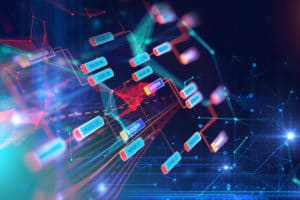 We asked Professor Giaglis to explain Blockchain technology to us..as if he is speaking to a young child or a Golden Retriever.  And he came through with flying colors.

Why Blockchain is literally penetrable to hackers

How will Blockchain be used in storing people’s data and personal information.

There are about 5,000 piers or nodes in the Bit Coin Blockchain and majority rules

Mr. Giaglis explains what the fork in Bit Coin was about

Professor George Giaglis on Block Chain and Bitcoin, explaining clearly how they both operate, April 3, 2018

'George Giaglis – The “Blockchain Professor” – You will Understand Blockchain Technology and Crypto Currencies with This Show – April 3, 2018' has no comments