As I step into the Christian Book and Supply Center in a suburb north of Boston, I step into a subculture that is one of the largest in the U.S., and yet one that is often opaque to outsiders and misunderstood by many in our secularized society. Media coverage of millennial expectation has opened a window on these enterprises, but they need to be seen as part of a huge collection of diverse industries supplying merchandise to tens of millions of Christian consumers year after year.

As the year 2000 approached, I noticed the Biblical prophecy bookshelves increasingly reflected concerns that the “end times” might have begun and that the rapture might be close at hand. This is largely a Protestant phenomenon since the Catholic Church officially discourages end times speculation. Nonetheless, a small group of apocalyptic Catholics do see the millennial year 2000 as tied to apocalyptic prophecy. There are even secular versions of apocalyptic millennialism. Information about contemporary millennial excitement is collected by the Center for Millennial Studies, a site that includes a useful glossary of terms and a bibliography.

Armageddon Books describes itself as the “World’s largest Bible prophecy bookstore featuring books, videos, and charts on Armageddon, Antichrist, 666, Tribulation, Rapture, Revelation.” It is just one of scores of such sites. The sales of items related to the end times and the Rapture should not be dismissed as merely an attempt by cynical profiteers to cash in on millennial concerns, although that probably is happening. This is overwhelmingly a phenomenon of supplying a demand based on sincere religious belief. If you are a Christian who reads the Bible as a coded script, it is very important to know if the end times have started, because for many Christians, religious obligations and civic actions must change during the end times.

Among Protestant evangelicals and fundamentalists, belief in the literal meaning of Biblical prophecy and discussions about the contemporary signs of the end times are considered unremarkable. In 1993 a national poll found that 20 percent of the US population thought the second coming of Christ would occur near the year 2000. During the Gulf War, 14 percent of respondents in another national poll thought the conflict might signal the end times battle of Armageddon prophesied in the Bible’s Book of Revelation. According to academic Philip Lamy, during the Gulf War, “American bookstores were experiencing a run on books about prophecy and the end of the world.”

Since the 1970 publication of The Late Great Planet Earth by Hal Lindsey (with C. C. Carlson), the end times have been a growth industry. More than ten million copies of The Late Great Planet Earth have been sold, along with another ten million copies of Lindsey’s other prophecy books. The 1974 prophecy book, Armageddon, Oil, and the Middle East Crisis sold three-quarters of a million copies before it was reprinted during the Gulf War. The popular revivalist Billy Graham further raised expectations in his 1983 book,Approaching Hoofbeats: The Four Horsemen of the Apocalypse. Thousands of books, videos, audiotapes, pamphlets, and magazines have appeared since Lindsey opened the floodgates of apocalyptic expectation. A visit to the religion section of any large bookstore, especially the prophecy shelves, illustrates the popularity of the genre.

Within the genre of prophecy there are several subtopics . Here’s a rundown:

Prophecy belief has many sources in the Bible, including the Old Testament books of Daniel and Ezekiel, and the Christian New Testament Gospel of Matthew; but the primary source is the Book of Revelation, the last book of the New Testament. The word “revelation” is a translation of the Greek word “apokalypsis.” The original Greek term referred to unveiling hidden information or revealing secret knowledge concerning unfolding human events. Thus, the words “apocalypse,” “revelation,” and “prophecy” are closely related. Prophets, by definition, are apocalyptic.

Commentaries on Revelation seek to explain the complex images and set out a map or timetable of the events described. Examples include Robert Van Kampen,The Sign: Bible Prophesy Concerning the End Times; Jack Van Impe,Revelation Revealed: A Verse-by-Verse Study; and Tim LaHaye,Revelation: Illustrated and Made Plain.

In addition to The Late Great Planet Earth, Hal Lindsey has authored or co-authored a shelf of books explaining prophecy in terms of current events, with titles such as Apocalypse Code, The Final Battle, and Planet Earth–2000 A.D.: Will Mankind Survive? There are scores of this type of book, and the titles convey the themes favored by each author: Charles Halff,The End Times Are Here Now; Jack Van Impe, 2001: On the Edge of Eternity; Grant R. Jeffrey, Apocalypse: The Coming Judgement of Nations; William T. James, ed., Foreshocks of Antichrist; David Allen Lewis, Prophecy 2000, Grant R. Jeffrey, Armageddon: Appointment with Destiny.

Novels with apocalyptic prophecy themes are currently a surprise hit, with several titles reaching best-seller status. Among the most popular are theseries by Tim LaHaye and J. B. Jenkins, which include Left Behind: A Novel Of The Earth’s Last Days andTribulation Force: The Continuing Drama of Those Left Behind, andNicolae: The Rise of Antichrist. There is also a young adult series by J. B. Jenkins, Tim LaHaye, and Jen LaHaye. Since the Left Behind series began in 1995, more than 7 million books have been sold. Other authors in this genre include Michael Hyatt, Day the World Shut Down, and Paul Meier, The Third Millennium: A Novel. Larry Burkett, a Christian financial counselor, wrote The Illuminati: A Novel.

Peter and Paul LaLonde produced a video titled “Left Behind: Where’d Everybody Go?” According to the text on the video box:

“This is the first gospel video message that has ever been prepared especially for those who will be Left Behind after the rapture takes place. Left Behind: Where’d Everybody Go? is about winning souls. it is a tool that can win the lost even if you just leave it lying around your house. Most importantly, it will answer some of the questions that those left behind will be asking.”

The Lalonde’s went on to create two popular videos that are full length fictional features with respectable production values: “Apocalypse: Caught in the Eye of the Storm,” and a sequel, “Revelation: The Book has been Opened.”

“…to those left behind after the rapture, this is indeed a survival manual. You still have an opportunity to repent and have eternal life. The same prayer of salvation is applicable to you; the only difference is that you will spend a little time experiencing a taste of hell while you remain on earth.”

“Let me be real frank with you. If you are reading this manual and the rapture has already occurred, then you probably are not going to physically survive; you most likely will die. This manual is about the survival of your soul. You are going to go through terrible suffering. The only question is whether you will go to Heaven or go to hell when you die.”

Some authors use an approach that shows more humor, such as Rapture Ready’sTodd Strandberg who wrote, “Oops, I Guess I Wasn’t Ready.”

The Y2K computer glitch adds a dimension to apocalyptic millennialism, setting a date while allowing those pointing to it to claim they weren’t tying the date to specific prophecy. This provides a form of plausible deniability. Some authors such as Michael Hyatt, author of The Millennium Bug: How to Survive the Coming Chaos, are seen by many in the public as secular experts, while they hold views shaped by Christian prophecy. Jerry Falwell’sY2K web page includes information on how to order his video “Y2K: A Christian’s Guide to the Millennium Bug.”

Gary North’s Y2K web page dismisses any connection between Y2K and the end times. Coming from a postmillennialist viewpoint, North nonetheless warns of major chaos. There is a thriving industry catering to those purchasing survival supplies in anticipation of some disruption tied to Y2K. The complexity of views and range of items for sale concerning Y2K are chronicled in the article Y2K and Millennial Pinball.

Sales of books, videos and other items related to prophecy, the rapture and the end times will continue after the excitement of the year 2000 fades. Prophecy belief is a durable part of the American psyche, whether drawn from the original theological themes, or in infinite variations seeping into secular society. That the end times are a growth industry in these millennial days demonstrates the central role of this narrative for many of our fellow citizens.

For an extensive bibliography of apocalyptic and end times materials, visitSelections from the Apocalyptic Genre. See also:

The Middle East and Signs of the End Times

· John Hagee, Beginning Of The End. The Assassination of Yitzhak Rabin and the Coming Antichrist.

Mark of the Beast

· Peter Lalonde & Paul Lalonde, [Racing Toward] The Mark of the Beast: Your Money, Computers, and the End of the World. · Texe Marrs, Mystery Mark of the New Age: Satan’s Design for World Domination.

Looking for the Antichrist

· Arno Froese, How Democracy Will Elect the Antichrist: The Ultimate Denial of Freedom, Liberty and Justice According to the Bible. · Dee Zahner, The Secret Side of History: Mystery Babylon and the New World Order.

· Peter LaLonde, One World Under Antichrist: Globalism, Seducing Spirits and Secrets of the New World Order.

· Donald S. McAlvany, Toward a New World Order, The Countdown to Armageddon.

Bibliography from the Center for Millennial Studies

Charles B. Strozier, Apocalypse: On the Psychology of Fundamentalismin America (Boston: Beacon Press, 1994).

· Damian Thompson, The End Of Time. Faith And Fear In The Shadow Of The Millennium. (Great Britain: Sinclair-Stevenson, 1996).

'End Times As A Growth Industry' has no comments 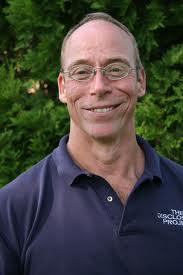 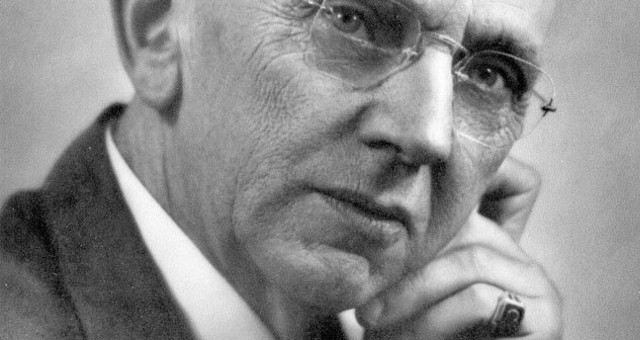