Parapsychologist, Medical Doctor and Author of the multimillion copy bestseller Life After Life and his newly released autobiography, Paranormal

We enjoyed every moment with Dr. Moodytalking about NDE’s, past lives and learning more about his life and studies documented in his newly released autobiography. Paranormal: My Life in Pursuit of the Afterlife is a fascinating look at Dr. Moodys journey to find out what happens after we die.

From the bestselling author of Life After Life and pioneer researcher and leading authority on near-death experiences comes Paranormal, an intimate look at a lifetime spent fearlessly wrestling with humankind’s most important and perplexing question:

What happens when we die?

Paranormal begins with a harrowing account of Moody’s suicide attempt—due to an undiagnosed illness that led him into depression—and proceeds to explore his lifelong fascination with life beyond our bodies. Moody traces the roots of his obsession with the point of death and how, at age twenty-three, he launched the entirely new medical field of near-death studies. He went on to explore the world of past lives and possible reincarnation before stumbling into the fascinating realm of facilitated visions. Moody’s rural research center, Theater of the Mind, dramatically advances paranormal research by melding ancient and modern techniques to arouse many of the transformative elements of the near-death experience in people who are still living.

After more than four decades of studying death and the possibility of an afterlife, Moody still sees endless promise in the fringes of psychological sciences, where he continues to seek answers to what happens to our souls after death. 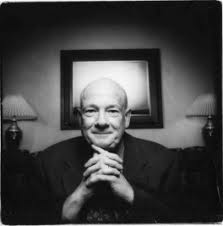 'Dr. Raymond Moody – Authority on the Near Death Experience and Past Lives – Author of ‘Paranormal: My Life in Pursuit of the Afterlife’ – April 30, 2012' has no comments