Author of Physicians’ Untold Stories: Miraculous experiences doctors are hesitant to share with their patients, or ANYONE! 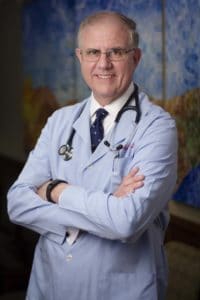 Doctors work in life-and-death situations every day. But what happens when they encounter something even they can’t explain scientifically?

Dreams foretelling future events, apparitions, and other miraculous experiences fill this book, as practicing doctors recount the most unusual moments of their careers.

Meant to awe, instruct, and inspire, these tales will convince even the harshest skeptic that there are things beyond this physical world and that sometimes, all we need to do is believe.

Physicians’ Untold Stories doesn’t stop at chronicling these occurrences. Scott J. Kolbaba, MD, provides a glimpse into the lives of doctors that few get to experience. Learn their agonies and joys. In their own words, doctors reach out to you and show you how faith in the divine has shaped their lives. Even in the darkest of times, as they comfort terminally ill patients and make impossible choices, moments of light shine through.

Like the popular Chicken Soup for the Soul series, Dr. Kolbaba has catalogued inspirational moments into small stories perfect for bite-size reading—or maybe for gobbling up all at once!

Dr. Kolbaba first heard a doctor’s story of Mary going into anaphylactic shock for 10 minutes, flatlining on the operating table, because of an allergic reaction to an antibiotic.  Mary saw everything going on in the code to resuscitate her.  During that time, her deceased grandmother told her she would survive and she would have a special place in heaven if she was nice.  Mary changed her personality after that to become a very considerate and caring person.

Many doctors that have shared their miraculous experiences are spiritual but not religious.  All reluctant to share because other people would think them crazy.

Second experience came within weeks of Mary’s story.  A trauma doctor was skiing in Colorado with his family.  A blizzard came up, visibility was near zero, and he started skiing down a different side of a grove of trees than his girls.  He felt a silence and an eerie feeling and the urge to climb back up.
Walking uphill, he saw a body under a tree in a snow well.  The body was covered with snow and looked dead,  but it was still alive.  The doctor tended to the body, applied tree branches for splinting, and sent the last skier coming down to get the ski patrol.   The person made a good recovery.  The doctor felt the experience was divinely inspired.  He felt he saved 2 people, that person and himself, because he hadn’t been able to save his father 2 years prior when his father died of a heart attack while they were skiing together.  The doctor realized everything was divinely inspired and he shouldn’t feel guilty because he wasn’t responsible for his father’s death.

Joan’s grandmother, a midwife, walked in to Joan’s ongoing birthing in her traditional garb and saved her life.  The grandmother indicated to Joan that she shouldn’t use the pain-relieving anesthetic that was being applied with a mask.  A minute later Joan vomited her lunch up.  If she still had the mask on, she would have aspirated from her vomit.  The grandmother had died 22 years before.

Dr. Kolbaba’s family were vacationing together and had bought cherry pies for their special extended family gathering.  The family was reminiscing about how wonderful his then deceased mother’s rhubarb pie was.  The box said it was cherry pie, but they found they were eating rhubarb pie.

There is something beyond this life and it is very special.  God does love us and is a powerful force that can overcome anything.

A beloved doctor suffered an extreme stroke.  Docs were ready to pull the plug and let him go, but his close friend told him stories of fishing, the only thing he knew to do to help.  The doctor recovered, and later the doctor thanked the friend for the stories that kept him on this side of the divide and alive.

The first section of the book has 26 stories.  The second section is what he learned about docs, what makes them tick, that they’re all sappy do-gooders.  The third section is biographies that are stories about the doctors themselves.

Story of a surgeon who went to Ethiopia on a mission.  Was initially inundated with cases, people carrying the sick for hundreds of miles to him.  He was operating day and night.  After 7 months, he was burnt out and felt he couldn’t continue.  He prayed for relief.  During a surgery, his wife interrupted and introduced a US surgeon who had come there through fateful circumstances to relieve him.  The surgeon took a month sabbatical, was refreshed.  After that, he took a month’s sabbatical every 6 months and stayed working in Ethiopia for 42 years.

Watch your coincidences; many of them aren’t coincidences.  They may well be direction from a divine power to do some good in this world.  We’re led in certain directions for the good of us and the good of others.

'Dr. Scott Kolbaba – Author of Physicians’ Untold Stories: Miraculous experiences doctors are hesitant to share with their patients, or ANYONE! – June 15, 2017' has no comments