The Seat of the Soul

“Eventually you will come to understand that love healseverything, and love is all there is.”

– Gary Zukav, The Seat of the Soul

Gary Zukav’s gentle presence, humor, and insightful wisdom have inspired millions to realize their soul’s greatest potential. A master teacher and eloquent author of four consecutive New York Times bestsellers, Gary is dedicated to the current extraordinary transformation in human consciousness – an unprecedented threshold in the human experience. This transformation is no less than a Revolution of the Soul, one that touches the heart of all humanity and is based on spiritual growth, conscious choices, and a celebration and reverence for Life.

In 1979, The Dancing Wu Li Masters: An Overview of the New Physics plumbed the depths of quantum physics and relativity, winning the American Book Award for Science. In 1989, The Seat of the Soul led the way to seeing the alignment of the personality and the soul as the fulfillment of life and captured the imagination of millions. It became the #1 New York Times bestseller 31 times and remained on the New York Times bestseller list three years.

-Creating authentic power: How do we do it and what about the obstacles?

-What happens when you are unconscious and unaware?

-Your body won’t lie to you: How is it feeling when you are angry or out of control?

-Gary tells us how he had been a sex addict, an angy man, a macho man and how these behaviors were coming from fear

-There’s something big going on; the expansion of the 5 senses beyond perception

-The personality is a tool for the soul; Gary explains

-Gary tells us about the 25th anniversary edition of The Seat of the Soul. It’s not just a re-release of the original, it has a study guide and many other support materials.

-The ultimate question: Why are we here? 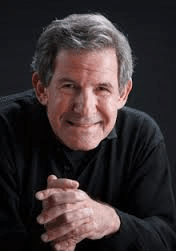 'Gary Zukav – Creating Authentic Power: Celebrating 25 Years of The Seat of the Soul – April 3, 2014' have 5 comments