Mr. Gerald O’Donnell holds a B.Sc. in Mathematics, a M.Sc. in computer Science, and an MBA. He is a certified Hypnotherapist. He was, amongst other activities in various fields, once considered one of the world’s 7 best top technical commodities experts (independent advisor: C.T.A.) by Paine Webber and Bache Co..
He was approached in the 1980′s by a Western European intelligence agency in order to join an ongoing program of mental Remote Viewing (sensing) of targeted locations.
Advanced remote sensing (remote intuition) techniques were taught to field operatives, anti-terrorist units and other intelligence and/or commando squads.
This operation had been set up to counter the activities of very well funded departments of the Soviet K.G.B. and military intelligence G.R.U. that were very advanced in their research and fully operational.

-The creator is one gigantic mind that doesn’t operate linearly

-What’s going on with the advent of technology?

-Are EMFs affecting our consciousness?

-Being an active participant in our dreams

-We are the chessboard and we have control over the game

-Technology can be a beautiful thing; choosing to use the internet productively and not allowing it to become a prison

-Why are people attracted to things they are afraid of?

-Learning to break patterns; every day is a new day

-What is difference between remote viewing and meditation, and how are these related?

-Hypnosis can only have power over you if you let it 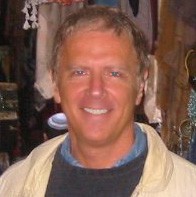 gerald o’donnell on becoming more aware of what is, december 3, 2015

'Gerald O’Donnell – Our State of Consciousness Is Our Creation and Is All That Matters – December 3, 2015' have 3 comments