The Extraterrestrial Presence on Planet Earth

Jerry Wills began his extraordinary life as a baby abandoned near a military base. As he grew, he discovered healing and intuitive abilities that would attract attention from organized religion and otherworldly beings. It took a near-fatal accident, complete with near death experience and a miraculous healing, to finally set him upon the path to fulfill his destiny.

Jerry also had many experiences during his lifetime with extraterrestrials who helped him in many areas and learn many things. They looked human and shared much wisdom; their visits ceased after 9/11. We will be focusing on these experiences during this upcoming interview. 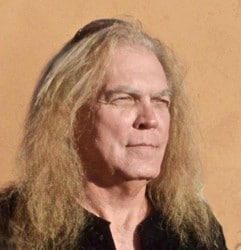 -Do humans only use 10% of the brain? Jerry doesn’t think so and tells us why

-We’re all part of the process of human creation. Jerry explains

-Why do we have such a fascination with other than earthly beings?

-Where were the beings Jerry met from? And why does he think he was contacted?

-Finding God by looking into your own eyes

jerry wills, health, growth and other than earthly entities, november 17, 2015