End of the World SPECIAL SHOW

We Made It! Now What?

Laura Jackson is a speaker, author and coach. Through her company, Soul Action, she gives people the tools and knowledge to traverse all that is happening in our modern world – including December 21, 2012 — and more about where we’re headed.

Laura offers some very inspiring spiritual ideas in this interview. 2012, The End of the World, Doomsday, whatever you want to call it was billed as an apocalyptic event which bred an incredible amount of fear the world over. Listen to Laura talk about our missions as “soul” and how we are a universe unto ourselves. She talks about Karma, clearing ourselves from negativity, how to love with detachment and truly forgiving to be a co-creator with God. This visit with Ms. Jackson was a perfect way to wrap up our year. Enjoy!

While Laura is emerging as a nationally-recognized speaker on earth changes, she speaks on several global-related topics including metaphysics, meditation, 2012, marketing, the Mayan Calendar, New Paradigm Community, Unleashing the Music of Your Soul, and the Evolution of BusinessTM. Through her talks she provides new insights into Edgar Cayce’s readings through modern science, quantum physics, and ancient cultures. While viewing Cayce’s readings in light of modern-day science paints a fuller picture, Laura demonstrates how metaphysics holds the key to understanding earth changes at deeper levels. Speaking nationally as well as at Edgar Cayce’s A.R.E. in Virginia Beach, Virginia since 2008, Laura gives lectures and workshops and has been featured on radio and television. 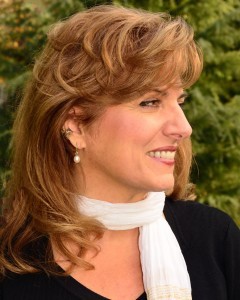 laura jackson, say goodbye to the world you thought you thought lived in, december 21, 2012
https://soundcloud.com/oneradionetwork/122112_open_phones_laura_jackson_one