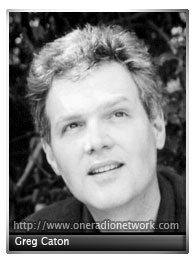 Greg Caton has worked extensively in “designer foods,” as well as alternative medicine and nutrition products since 1981. He graduated from L.A. Valley College, is a U.S. Navy veteran, and the author of three books, Lumen: Food for a New Age, MLM Fraud(1991) on corruption in the multi-level marketing industry and the tools to identify the work of its perpetrators — since banned in the U.S., and the online book, Meditopia®.
In 1995 he created Alpha Omega Labs, which became a provider of over 300 alternative health products with 14distributors around the world, before its closure by the U.S. Food & Drug Administration in September, 2003. It successfully reopened in Ecuador in June, 2008.

-Corruption in the federal system. See chapter 3 at Meditopia.org.

-We’re living on a dying planet. Entering sixth mass extinction. Wilbert Ferguson’s cancer-beating 7-herb remedy, amatosin, can no longer be made because some of the herbs are now extinct.

-2 forms of Cansema, topical for skin cancer and internal for internal cancers.

-Cansema alters the membrane of a cancer cell while leaving normal cells alone. Most effective for skin cancer, the most common form of cancer.

-Altcancer.com/cutting.htm – do not ever cut into a cancer unless you want it to spread.

-Not all black salve is Cansema. Instructions on YouTube for making it. Most products on Amazon & eBay are counterfeit.

-There is no cancer cell type that will not react with an escharotic salve. If it doesn’t react, it’s not cancer.

-Cancer has morphed and is not the cancer of 50 years ago. Cancer is more aggressive and complex now, making prior natural treatments ineffective.

-The cause of cancer is subjecting the human body to conditions it’s not able to properly deal with.

-We have constructed a civilization that is anti-human. Homo industrialus.