-Nancy says Patrick’s suggestion to drink more water has helped her afib and cricks and inflammation in her knee. Asks about how to help her hypothalamus and hair loss. Atom says hypothalamus is part of the Triple Heater Meridian. Check thyroid with the Broda Barnes Thyroid Test http://www.thewolfeclinic.com/pdf/Thyroid_Temperture_Test.pdf. Take pine pollen. Nancy talks about her farm and the baby calves that are being born this month. 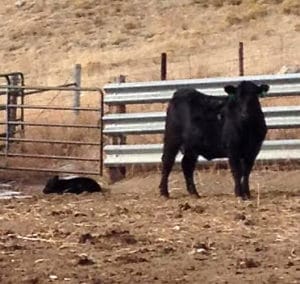 -Listener suggestions: a Rashid Buttar 2 hour video about hypothalamus cycling. Hair loss in women often caused by stress and vitamin and mineral deficiency. Make a cacao fat bomb for chocolate cravings. Atom says hypothalmus is related to seeking, i.e. wanting rather than liking what you have.

-Tonight is a comet, lunar eclipse, and snow moon.

-Lynn recommends reading both the climate and economic articles at Dr. David Evans’ ScienceSpeaks.com. She also shared information on Normal Pressure Hydrocephalus. 10% of dementia patients have NPH, which mimics Alzheimer’s, but can be fixed with a shunt in the brain. NPH classic symptom triad of memory loss, urinary incontinence, and a “duck walk”. An overlooked diagnosis.

-Steven calls about getting his root canal tooth #14 evaluated in Maryland.

-Charlotte Iserbyt – Former senior policy adviser in Reagan’s US. Dept of Education. Whistleblower about deliberate dumbing down of American education. Her thinking reinforced Sharon’s decision to homeschool her daughter.

-Where to buy epsom salts? A variety of sizes available from Amazon.com. See ORN store. Sharon uses Greenway Biotech epsom salts and recommends VitaBath – a Vitamin C tablet – to get rid of chlorine in baths.

-Sharon asks why her right eye weeps. Atom Bergstrom says it’s hereditary crying for a female ancestor. Not genetic, but an intrauterine condition which can be passed on for 4 or 5 generations, sometimes longer. Crying cancels out weeping, which is different than crying.

–Listener says the ovum of Sharon’s grandmother created Sharon – what was going on with the world then? Patrick finds a headline in that time frame in the New York Times about a woman whose right eye got injured in a car accident. Sharon had a bad car accident at 17.

-Atom says comets are sperm and planets are ovum. Good week for insemination and pregnancies.

-2017 is when food inflation will kick in. Climate will be cooling but we’re geared for warming.

-Carol shared breaking her arm in a car accident but not knowing for 3 weeks other than initial swelling. Had bumped up on colostrum and whey after the accident. Doctors marveled at how good her arm function was for how badly it was broken, and how pretty her tissues were when she had a plate and screws surgically placed 3 weeks after the accident.
Sharon explains to Carol how to suck a yolk out of an egg. Carol is excited

-Robert David Steele predicted anti-Trump Soros-sponsored demonstrations and Move On protests this spring, which could get ugly. Instead of complaining about Trump, Julie says to go out into your community and do something good. “My name is Wes, it ain’t my mess.” “I’m too blessed to be stressed.” The only thing we can control is where we put our attention. Julie likes Ken Rohla, Richard Sachs.

-Separate the thought of something happening to you from the feeling. If you say you don’t want that thought, it will come back again – the mind acting on the mind. Instead, be thankful for the lesson; we are not it. Give it over to God, or hand it over to your spiritual master. All is good.

-Last day of 15% off sale for One World Whey pre-orders.

open phone friday with sharon and patrick, february 10, 2017, hour one

'Open Phone Friday – The Only Thing We Can Control Is Where We Choose To Put Our Attention – February 10, 2017' have 3 comments